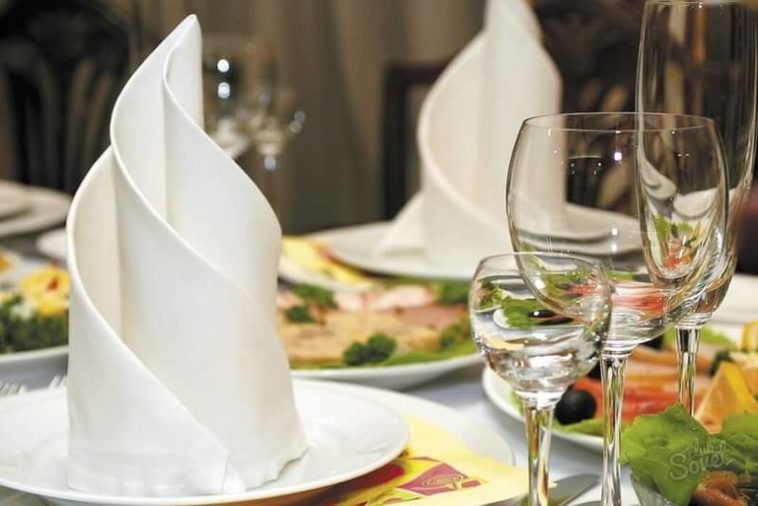 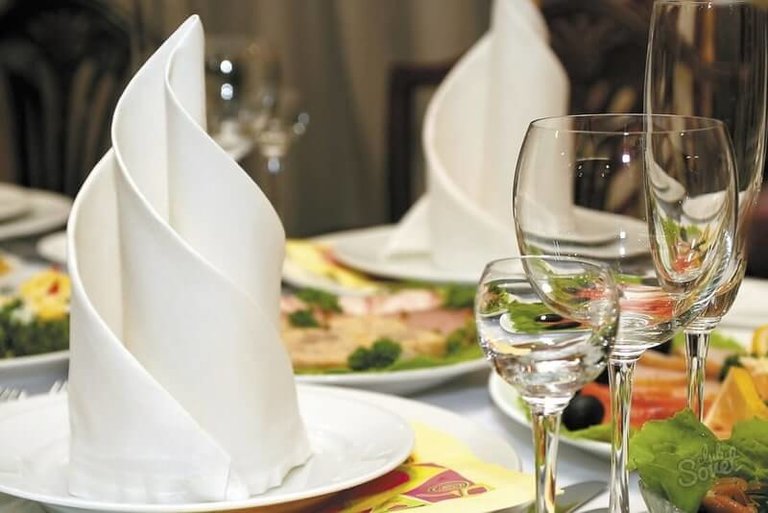 They will take their rightful place on the festive table, make serving exclusive and stylish. 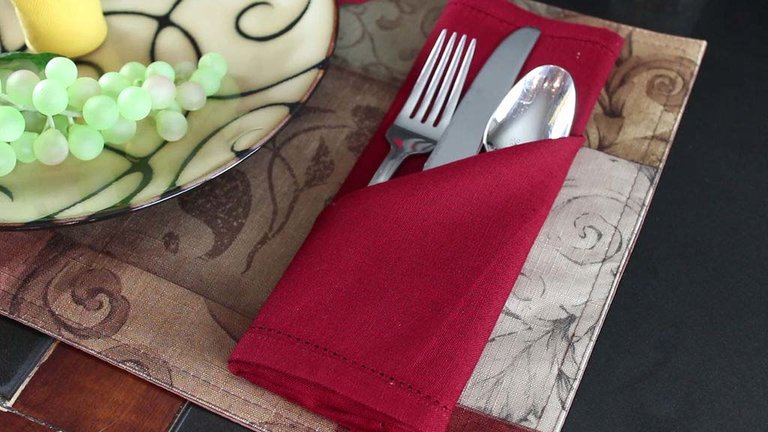 It remains only to find out how to decorate the table with napkins in various easy ways. 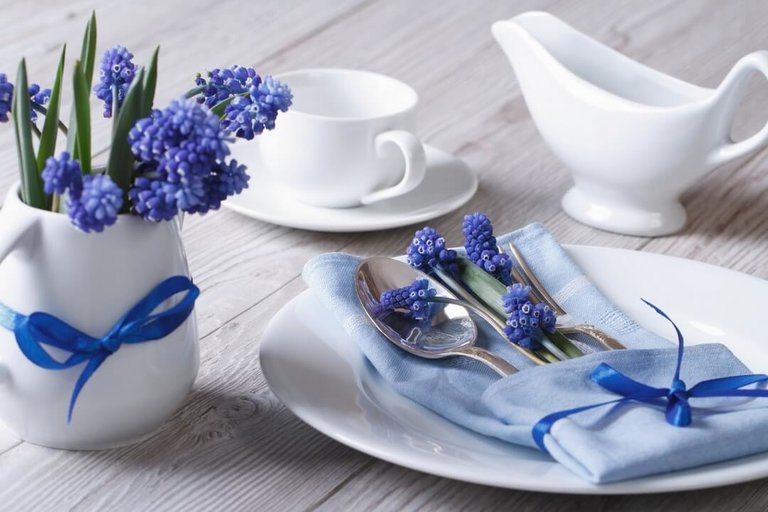 If you want to create an indescribable holiday atmosphere and surprise your guests, prepare the appropriate amount of silk, cotton or linen napkins. 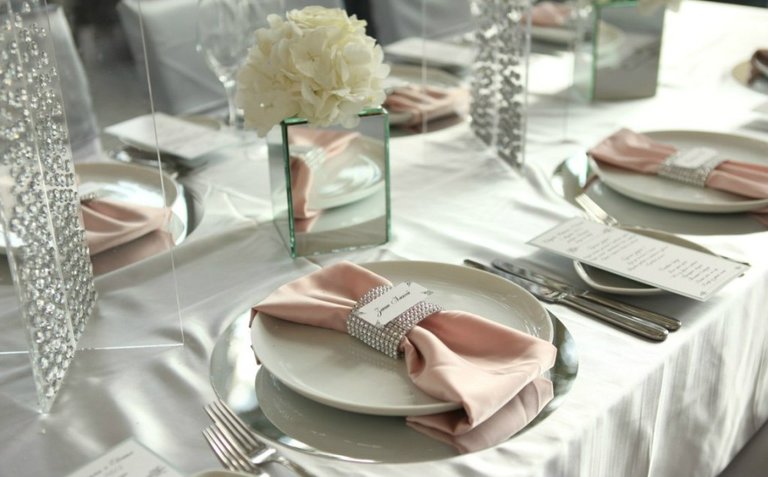 For special occasions choose a material that is in harmony with the tablecloth in color and texture. It is good if the textiles are suitable for the dishes. 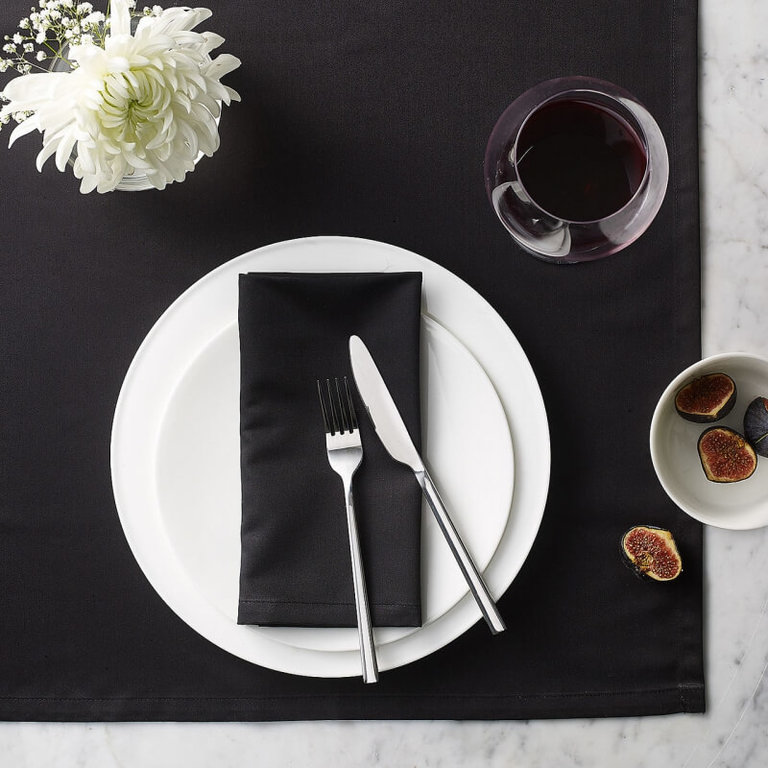 For many servings, the best option would be white napkins… To add extra rigidity to the tack, you can lightly starch it. 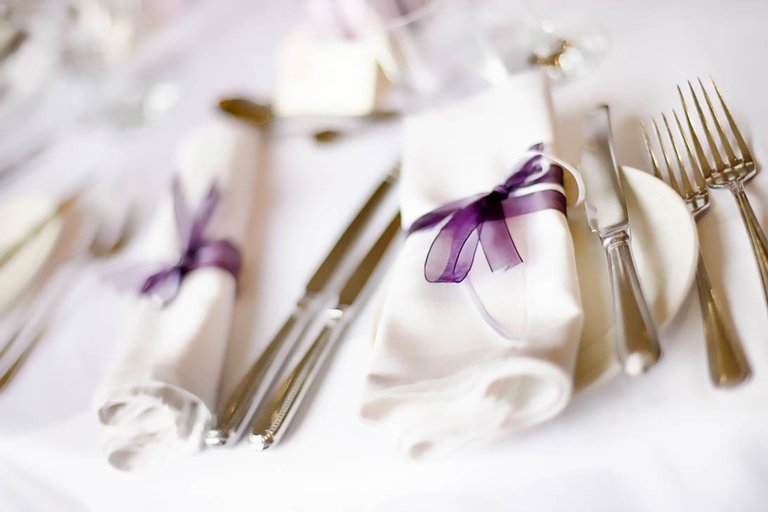 Of course, you can just fold them in four and put them next to each individual device, but sometimes it’s worth taking a different route. Perform simple manipulations with these pieces of fabric – and you will receive an exclusive serving.

Let’s consider some of the simplest ways folding napkins, which every housewife can master in just a few minutes.

Rose on a fork

Fold the napkin into a scarf, bending the bottom edge a few centimeters away. Now form three deep folds, placing each one between the tines of the fork.

The napkin should also be folded diagonally. On the long side, roll it into a tube to about the middle. Its edges should protrude 2-3 cm on the sides. Turn over to the back side, straighten the “ears”. Cutlery can be laid on such a basis. 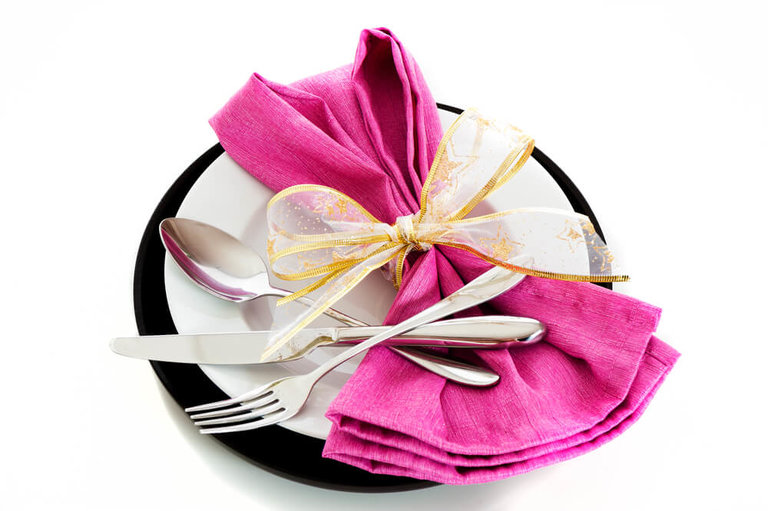 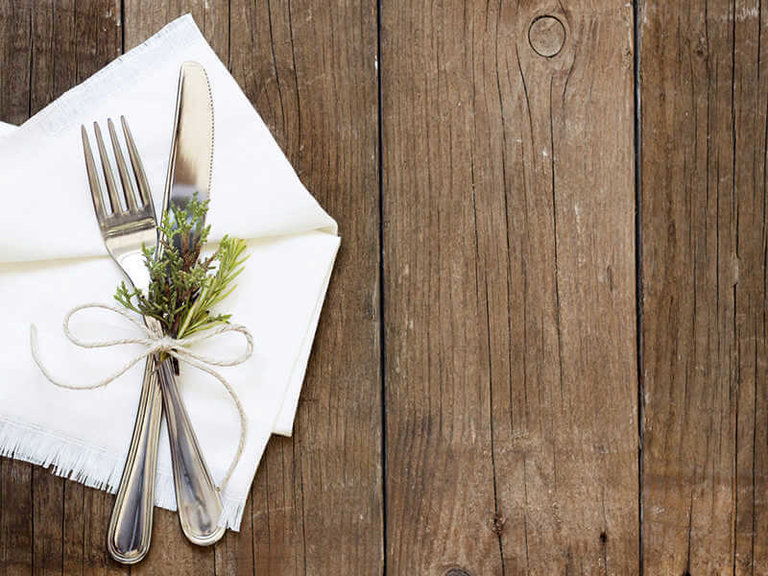 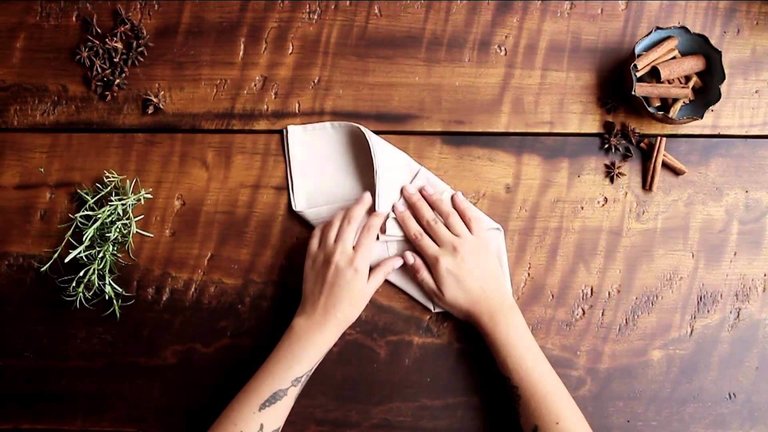 In the resulting envelope it will be possible to put not only cutlery, but also to leave a message for guests in it, small surprises, etc. You can fold not one, but several layers. 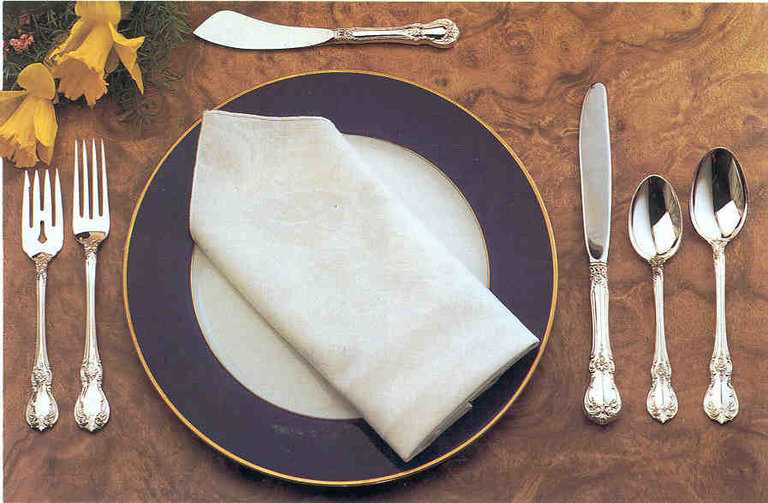 If you wish, you can easily make not only a corner, but also smooth rectangular envelope. For this:

– fold the napkin in half, bending it away from the edge by a few centimeters;
– turn it over to the other side, bending to the middle and the upper part;
– fold the sides on top of each other and turn your envelope over again. 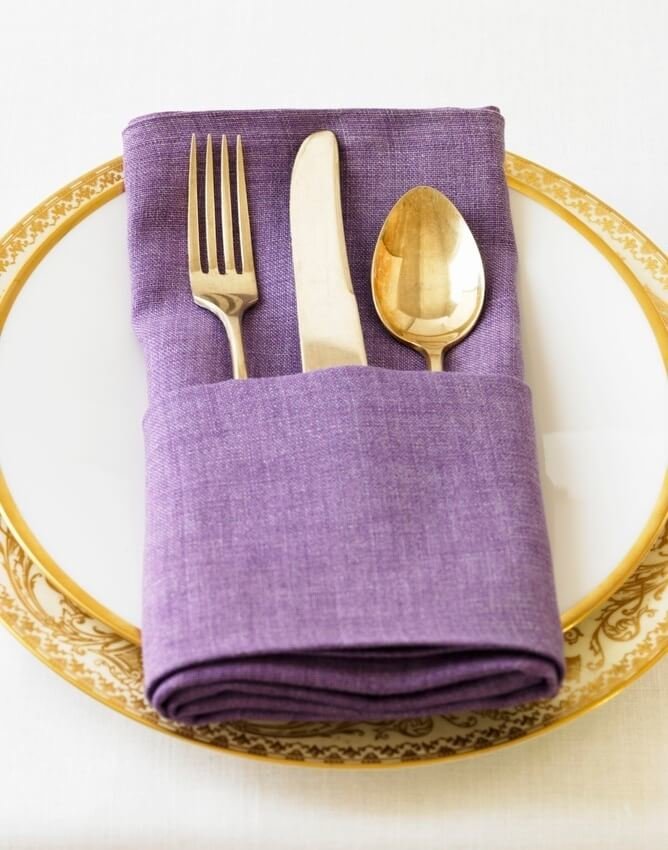 Make a smaller square out of the napkin and roll the top layer up to the middle into a tube. Wrap the sides inward so as to hide them and get the shape of a torch.

Original and effective compositions can be obtained from napkins and glasses. 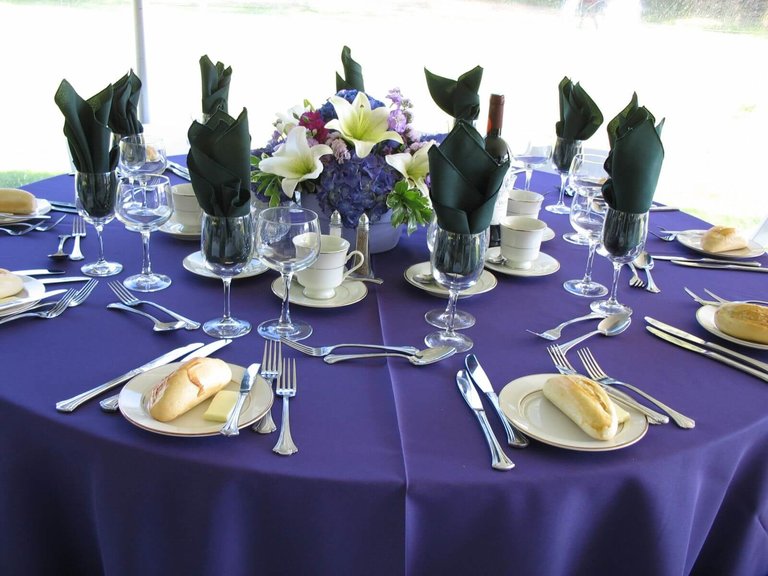 There are several easy ways.

For instance, fold the napkin into a scarf. Connect the side corners and the upper one, bending the lower part by about a third. Assemble the resulting structure and place it in the glass. Bend the petals of the resulting flower slightly.

Second way even simpler. Place the napkin on the table. Grasp the middle of it with your fingers, lift it slightly and begin to twist. Place the structure in the glass, smoothing the edges nicely.

You can also make an original frill. Fold the napkin in half with the fold line at the bottom. Starting at the top, fold it in an accordion in steps of about 1-1.5 cm.Fold it in half and slightly roll the bottom in the shape of a snail and lower it gently into the glass so that it does not unfold

Fold the napkin four times to make a square. Its open corners should be in the upper right corner. 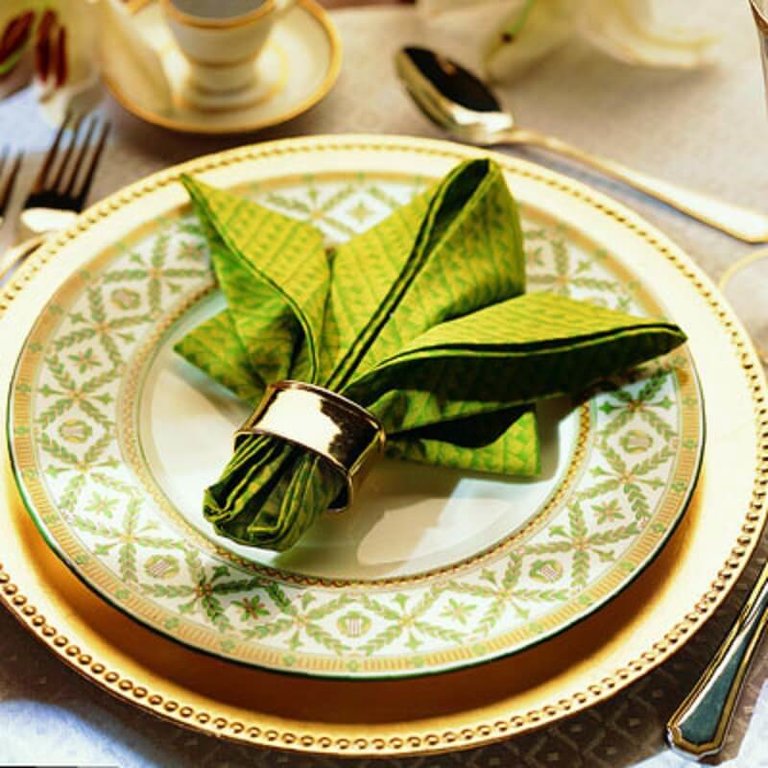 Bend the topmost layer diagonally to the middle and, starting from the top, fold in an accordion. Do the same for the next layer. All that remains is to hide the bottom part from view, as well as the left and right corners. 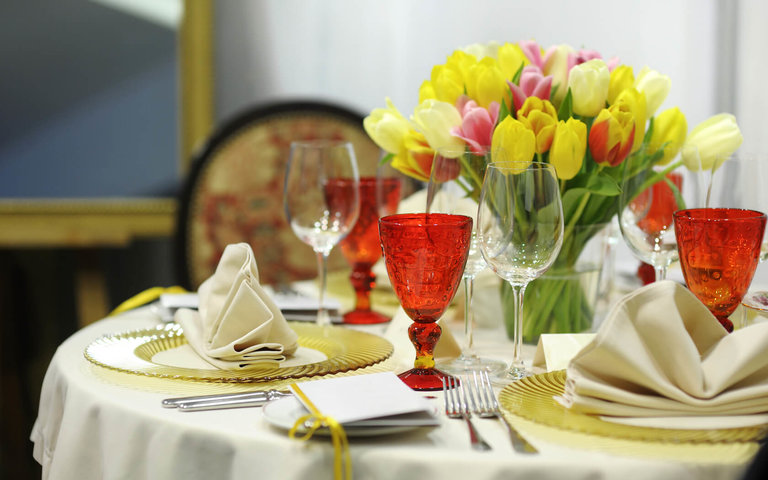 These are just a few options that allow you to easily but effectively transform your table setting. Use your imagination, and you can create real masterpieces with your own hands.

Also read :   10 DIY ideas to decorate your entryway with pallets: get inspired 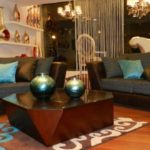 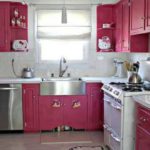