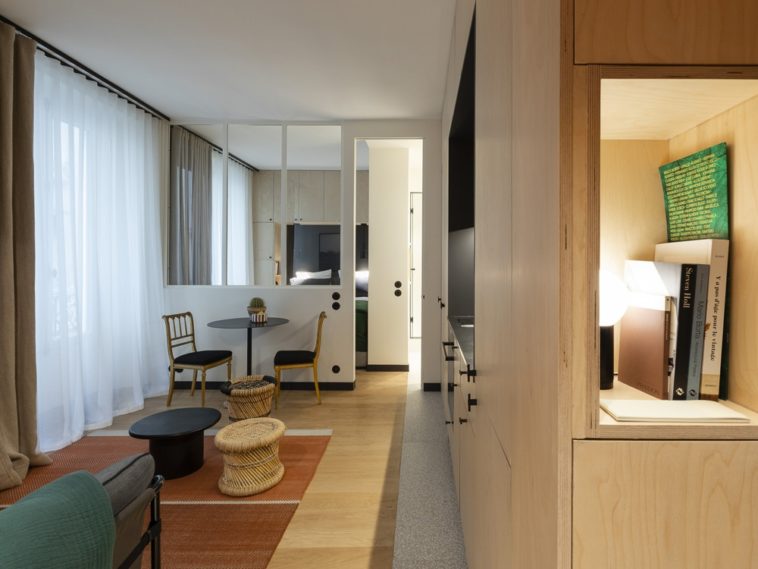 Manhandled by its former occupant, this apartment was falling into disrepair. However, it turned into an elegant little cocoon, thanks to the intervention of interior designer Hélène Paoli, who immediately saw its potential. A real rebirth for this two-room apartment.

When Hélène Paoli visits this small two-room apartment for one of her clients, the accommodation is in a state of extreme disrepair. Beyond the dilapidated state of the facilities, the apartment had suffered greatly from the mistreatment inflicted by its former occupant. “It felt like we had made a fire inside!” remembers the interior designer. “The apartment was really in a very bad condition”. Hélène Paoli however immediately sees the potential. “It also has three large openings, which is rare for a small accommodation “. To bring it back to life, she decides to make a clean sweep and start over with a blank sheet of paper. “We have boned everything to refurbish everything” she tells us. The old kitchen has been opened up and moved to the living room. The living area has been reorganized and the small bedroom, now separated by a glass roof, has been redesigned to accommodate the bathroom. The interior designer also drew a large number of custom-made storage in order to optimize the smallest available space as much as possible. Expertly rehabilitated, the apartment is metamorphosed. Elegant and comfortable, it immediately won over its new owners. Zoom in pictures on an impressive renovation.

Very damaged, the apartment had suffered from mistreatment which left marks clearly visible from floor to ceiling. “The accommodation was almost in ruins” Hélène Paoli confirms to us. “He was also oddly compartmentalized”. Large-scale work was therefore expected to restore it.

The tiny kitchen and bathroom mirrored the rest of the apartment. In addition to the lack of maintenance, the old facilities were dilapidated. For the interior designer, the 26 m2 two-room apartment was nevertheless full of potential. In order to reveal it, she has therefore cleared up to be able to start from a blank page.

After: a skillfully renovated two-room apartment

Redesigned and perfectly optimized, the apartment has been transformed. It has regained the allure of a modern and comfortable two-room apartment. The interior designer also made sure to take advantage of its beautiful light. The partition between the bedroom and the living room has thus been replaced by a glass roof. The kitchen has been opened up and moved to the living room. A functional choice, but not only. “All the functions and technical installations (kitchen, bathroom) have been fitted out on the right wall, which adjoins the neighboring apartment. The bedroom at the back is thus perfectly isolated from outside noise” explains Hélène Paoli.

After: a skillfully renovated two-room apartment

An apartment optimized in every corner.

An apartment optimized in every corner © Alexis Paoli

From the entrance, the accommodation has been designed to offer functional spaces. “The use is very important to me. You have to be able to hang your coat or put your keys somewhere as soon as you get home for example” indicates Hélène Paoli. The interior designer has therefore planned all kinds of storage, cupboards, niches, accessible as soon as the door is crossed.

An apartment optimized in every corner.

The new kitchen, installed in the living room, is also a perfect example of optimization. Small but fully equipped, it is part of a set entirely designed by the interior designer. Part of the household appliances is thus concealed, and storage has been increased. “There is absolutely everywhere, including in the upper part above the kitchen. The owners are amazed to see how much space they have to tidy up!”

A warm and elegant interior

Designed like a little cocoon, the apartment is available in light tones and gives pride of place to noble materials. “We put the emphasis on quality by choosing very beautiful materials” emphasizes Hélène Paoli. “All the fittings are in birch plywood, there is black granite in the kitchen, and Corian® on the vanity top in the bathroom”. Solid oak parquet flooring also warms the floor, and coexists with terrazzo tiles that run from the entrance to the bathroom.

A warm and elegant interior

Thanks to three large openings, the apartment benefits from a beautiful light. The interior designer therefore made sure to highlight this asset in order to make the most of it. A glass roof now separates the bedroom from the living room. The light thus circulates widely and without hindrance between the rooms.

The bedroom has been reorganized to create a set that accommodates the new bathroom. As in the other rooms, the interior designer has designed many tailor-made arrangements, such as this head room, which is also full of storage that goes up to the ceiling.

The old bathroom has been replaced by an elegant, modern and comfortable bathroom. Here again, Hélène Paoli has succeeded in optimizing the smallest available space thanks to tailor-made arrangements. There are thus many storage spaces – “even where you wouldn’t think of finding it, in the banner above the mirror for example” – and a very enveloping cocoon atmosphere. The room is thus declined in the same tones of white, black and birch as the rest of the apartment. “The shower is dressed in very large white tiles, with a matte finish with a fluffy appearance that creates a very cocooning effect” notes the interior designer. 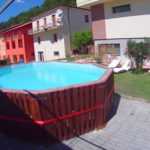 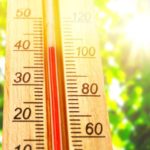