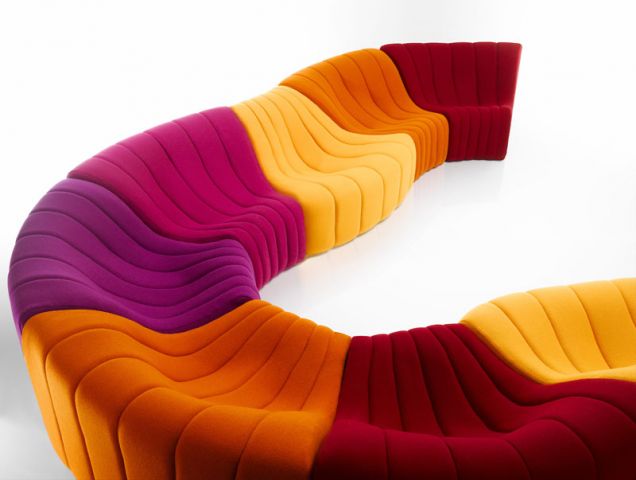 The famous furniture brand celebrated its 80th anniversary this year. On this occasion, discover the history of the big house which published among others the masterpieces of Pascal Mourgue or Kwok Hoï Chan. The VIA will dedicate an exhibition to him in April.

Rue du Faubourg Saint Antoine, district of cabinetmakers and craftsmen, 1926: Charles Steiner founded a furniture company. The production is oriented towards furniture of English tradition, including club chairs. The war interrupts production. Charles and his son Hugues are deported. When he was only 20 years old, Hugues had to take over the firm on the death of his father in 1946. Very avant-garde for his time, keen on music and drawing, he developed from the end of the years 40 the Bow-Wood range, which uses the steam bent wood technique. The modernity of Steiner products, with their removable cushions and innovative suspensions, conquers the hearts of the public. And designers! Between the 50s and 70s, Joseph-André Motte, Pierre Guariche, Pierre Paulin, Pascal Mourgue or the Chinese Kwok Hoï Chan joined the ranks of talented designers who have made and still make the reputation of the house. 1954 marks an important stage for the production: it is the birth of the Plastic Research Workshop (ARP) by Pierre Guariche, Michel Mortier and Joseph-André Motte. With the lighting designer Pierre Disderot, and the storage manufacturer Charles Minvielle, Hugues Steiner develops joint advertising and distribution networks. The Corb armchairs and the Tulipe, Amsterdam and Tonneau chairs come from this association which, despite the dissolution of the ARP in 1957, will continue to develop contemporary and innovative furniture. The famous Diamant chair thus saw the light of day in 1958. In the 1960s, new techniques and new materials prompted Hugues Steiner to seek out new talents. Charles Courtecuisse, Pascal Mourgue and Kwok Hoï Chan, who quickly became the company’s favorite creator. The 1970s were marked in particular by a collaboration with the couturier Pierre Cardin. Today, to celebrate his birthday in style, Steiner is reissuing several models by Kwok Hoï Chan, which have made his brand famous. After the fabulous Zen armchair, from 1969 reissued in 2003, it was the turn in 2007 of the Limande (1969) and Chromatic (1970) armchairs. Following “international design trends, technological changes and new ways of living”: these are the three major areas of development for Steiner products. A pioneer and innovative brand of contemporary French furniture, Steiner, sold in 1988 to Cauval Industries, continued in 2007 to impose a certain style so the only goal is an art of living well at home. And since an anniversary is never celebrated on its own, an exhibition-retrospective “80 years of the Art of Living” is organized within the walls of the VIA (Valorisation for Innovation in Furniture) from April 16 to May 13, 2007, then on an itinerant basis in the main provincial towns. A book by Patrick Favardin, the design specialist of the 50s and 60s will also be presented on this occasion. To discover a retrospective in pictures of the Steiner saga, click on next …

Published at the end of the 40s. It is one of the first works of Hugues Steiner.

Design by Joseph-André Motte in the 1950s.

Steiner always wants to be at the forefront of modernity and elegance, praising the qualities of its seats, designed for optimum comfort.

Published in 1958, it is designed by René-Jean Caillette. Molded plywood, it quickly became successful.

Covered in white skai, 1970s. Favorite of fashionable decorators, it is distinguished by its original structure in the shape of a “sausage”.

Born in 1939, he joined Steiner in 1968 and quickly became one of its flagships. This Chinese designer first enjoyed great success in Hong Kong, where his architectural studies led him to build many buildings. From London, he worked in 1966 on the fitting out of the “Queen Elisabeth” boat, before arriving in France two years later to work for Steiner, with his particular style full of curves and colors.

Created by the Chinese designer in 1969 and reissued in 2003, this armchair symbolizes Chinese characters and writing in a dreamlike way, in the spirit of Charlotte Perriand’s “Ombre” chair from 1956.

These chairs, created in the 1970s by Kwok Hoï Chan, mark Steiner’s launch in the creation of lightweight, compact and stackable chairs.

Designed in 1969 by the Chinese designer, it is known around the world as “Lemon Sole”. Its name comes from its large platform seat, inspired by fish that “hover” above the sand. It is also reminiscent of the “Zen” armchair, with its “cantilever” bases and its very graphic shape. It is reissued this year by Steiner.

Playful, colorful, modular, graphic, ergonomic … there is no shortage of adjectives to describe this armchair, created in 1970 and reissued this year for our greatest happiness! Its line seems simple but it actually hides a complex structure, intended to ensure absolute comfort to its user. Originally in jersey, nowhere to be found, it is now in a woolen fabric, in various colors, all also invigorating for morale!

Today, Steiner is always at the forefront of modernity and comfort. The “Mandala” sofa is an illustration of this.

The “Ranelagh” armchair with its distinctive armrests illustrates this creative dynamism which has characterized Steiner since its origins.

Since 2004, Steiner Paris has launched a complete collection of decorative accessories that are in perfect harmony with its furniture. Carpets, lighting, coffee tables and dining rooms are to be discovered. Here, the “Courcelles” range. 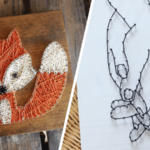 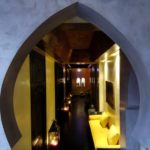