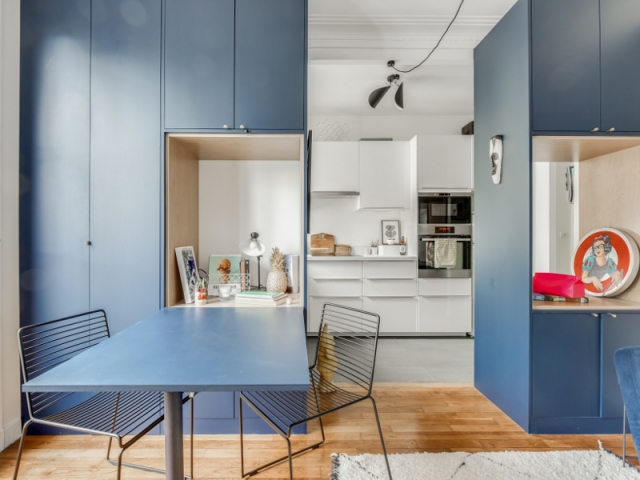 This small apartment has been totally optimized © Shoootin

€ 15,000. It’s a lot of money, but the budget is comfortable to renovate this Parisian apartment of 30 m2. Sometimes, a few more partitions, a good optimization of the space and two or three brushstrokes are enough to transform the place. This is evidenced by Amélie Quenet’s apartment, which has turned its 32 m2 into a small, perfectly optimized blue setting. “There was little work to do in this studio. But I wanted to have a bedroom with a glass roof and add storage space. I called the interior design agency June, we discussed the project, then in one month, the site was finished “, she explains. The T1 was thus enriched with a partition decorated with a large horizontal glass roof. Behind, a bright bedroom of 6 m2 has been created. A small office space, built into the partition and overgrown with a few cupboards, has also been fitted out. The kitchen has also been redesigned. Re-partitioned with a wall full of storage, it offers a more functional space. Everywhere, like a common thread, a celestial blue dresses the interior of the accommodation. Whether on the walls, the glass roof, or the furniture. A daring choice in such a small space, since this relatively dark color could have become oppressive. Except that here, it is constantly balanced. By the white of the walls, as in the bedroom, or by woody notes, from the old original parquet to the niches in the living room. Visit in pictures.

A T1 transformed into T2

A T1 transformed into a T2 © Shoootin

“Before renovations, the apartment was clean and in good condition. But there was only one room and our client wanted a separate bedroom, while enjoying the light”, says Julia Schmit of Agence June. Thus a partition has been added to separate the bedroom from the rest of the apartment. This same partition has been embellished with a tailor-made glass roof in the upper part, which guarantees a generous supply of natural light in the room located in the second day.

A T1 transformed into T2

Celestial blue as a common thread

Blue is everywhere in the apartment © Shoootin

A celestial blue invites itself everywhere in the apartment, on the walls as well as on the furniture and the glass roof. It thus becomes the common thread which gives coherence to the decoration. It is counterbalanced by notes of white, which soften the space and prevent it from becoming oppressive, the whole being largely warmed by an old parquet floor and the woody notes of the niches.

Celestial blue as a common thread

The sofa is also in celestial blue © Shoootin

Of course, the furniture is no exception and, unsurprisingly, the choice fell … on blue. Evidenced by this large sofa that catches the eye and acts as a centerpiece in the living room.

The kitchen is again separated from the living room © Shoootin

Optimization of space requires, in this small studio of 32 m2, many storage spaces have been installed. “These are the separators between the kitchen and the living room. The majority are IKEA recut units covered with MDF”, says Julia Schmit. Of course, blue is also part of the game.

The cuisine has hardly changed © Shoootin

In good condition, the kitchen has hardly been modified. The only additions were the marble-effect worktop and the porcelain stoneware splashback. Moreover, the room is bright, modern and well enough arranged to move around and cook in good conditions.

A first niche that breaks the monotony

This niche filters the kitchen and the sofa area. It breaks the large blue surface by bringing a little woody note. In addition, it allows you to install some trinkets and lets the eye wander through the apartment.

A first niche that breaks the monotony

A second niche for the dining room

Still with this in mind to optimize space, a second niche decorated with a few knick-knacks on the window side is hidden behind a folding table. Open, the latter is enough to accommodate a guest. So many original details that “prevent the structure from appearing too massive”, says Julia Schmit.

A second niche for the dining room

The bedroom door is discreet © Shoootin

Between the bedroom and the entrance, the choice fell on a very discreet rail partition. The handle is forgotten and the door, once opened, does not obstruct traffic.

A colorful and structured room

The blue of the room rises to enlarge the room © Shoootin

Amélie Quenet wanted a colorful bedroom. But so as not to weigh down and shrink the space with the blue, “The color climbs up to the moldings to form a triangle. It is voluntary, because the gaze follows this triangle, which makes it possible to visually enlarge the room and to leave white surfaces”, details Julia Schmit.

A colorful and structured room

A third niche for a small office

Despite its size, the bedroom has a desk © Shoootin

In this tiny room of 6.5 m2, there seems to be only room for the bed. However, a third niche creates a small office space with some storage space.

A third niche for a small office

Also read :   "Redoing your bathroom is a big job", FISB 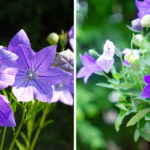 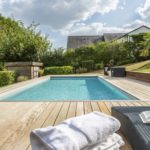